The Columbus Chapter of the National Black MBA Association (@NBMBAAhq) is excited to announce that David Harrison has been selected to receive the NBMBAA – Columbus Chapter Lifetime Member of the Year Race for Excellence Award!

This award is given to individuals with a connection to the Greater Columbus area who demonstrate excellence and leadership in the fields of Education and Academic Advancement, Professional and Civic Leadership, and Economic Empowerment. His work with The Ohio State University Fisher College of Business has qualified him for this award and is worthy of recognition.

David E. Harrison is a native of Valdosta, GA. He currently serves as the Senior Director of the Office of Diversity and Inclusion Student Services and Corporate and Community Outreach within the Max M. Fisher College of Business at The Ohio State University. He joined the Fisher team in July of 1993.

He is currently the fifth longest serving senior staff member in Fisher. Since arriving in Fisher, his nationally recognized stellar leadership, development, and fundraising efforts have resulted in over $6.25 million dollars (an average of $250K annually) in secured grants for student fellowships, assistantships, scholarships, programming and administrative support. Prior to serving in this role, he was an Assistant Director of Recruitment and Development and Office Manager within the Office of Minority Affairs at The Ohio State University. He was hired by his mentor, the late Dr. Frank Hale Jr. as a Recruiter/Counselor and Coordinator of the Minority Scholars Program in the Office of Minority Affairs in October of 1987. He received his Bachelor of Arts degree in Political Science at North Carolina A&T State University in 1985 and his Masters of Arts degree in Political Science with an emphasis in Public Policy and Theory at The Ohio State University in 1988. He received two Medals and Certificates of Commendation and an Honorable Discharge because of his service in the United States Marine Corps. He served for eight years (1985-1993) in the USMCR and is a Desert Storm/Desert Shield Campaign recognized Veteran.

Considered as one of the most recognized and accomplished Senior Administrative Staff Members at The Ohio State University, his extracurricular campus and community awards and honors are numerous and include the following: the Franklin County Children’s Services SIMBA Program’s “Man of the Year”-1990; Columbus Jaycees Outstanding Young Citizens Community Service/Junior Achievement Award-1997; OSU Distinguished Diversity Enhancement Award-1998; OSU National Alumni Association Josephine Failer Award-1998; Franklin County Children’s Services Ten Year Volunteer Service Award-1999; Asian Business Student Association Faculty/Staff Award of Appreciation for Guidance, Hard Work, and Support-2000; 2001 OSU Distinguished Staff Award; 2003 Most Outstanding Student Organization Advisor Award; 2004 Boy Scouts of America Whitney Young Service Award, and the 2004 and 2011 Fisher College of Business Outstanding Staff Service Award. He is a member of the Prince Hall Masonic Lodge (St. Mark’s Lodge #7) and the Alpha Phi Alpha Fraternity, Inc. He is also a Lifetime Member of several organizations, including ALPFA, NABA, NBMBAA , and Prospanica (formerly the NSHMBAs). He is a 2004 inductee into the National Honor Society of Phi Kappa Phi. In 2013, David was recognized by the Greater Columbus Community Helping Hands, Inc. organization as its most outstanding “Ambassador for Education Award” recipient. He is a highly honored (two term elected) Past President of the NBMBAA – Columbus Chapter. He was recognized by that 10,000 member national organization as it’s “2005 National BMBAA Member of the Year” and in 2014 as its President and CEO’s National Helping Hands Award recipient. He was recently recognized as the NABA Central Region’s 2018 Most Outstanding Service Award Recipient and is currently featured as one of the Most Influential Blacks in Columbus, Who’s Who Blacks in Columbus, 2019 Edition. His office currently supports 15 student organizations within the Fisher College of Business. He has been instrumental in helping to start eight organizations during his 33+ years of service at The Ohio State University as a Graduate Student Assistant and University Administrator.

David and his wife (Tamara) have been married for over 31 years and they have four daughters: Ashley (Maurice); Krystal; Esther; and Charity. David and his family attend the New Salem Missionary Baptist Church (Columbus, OH) and he serves as Chairman of the Deacon’s Ministry.

Join us on Saturday May 2, 2020 at our Race for Excellence Derby Celebration as we thank David and many others for being a beacon of excellence in the Greater Columbus community! Ticket link is in our bio and available now on eventbrite. 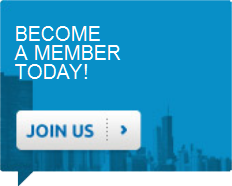